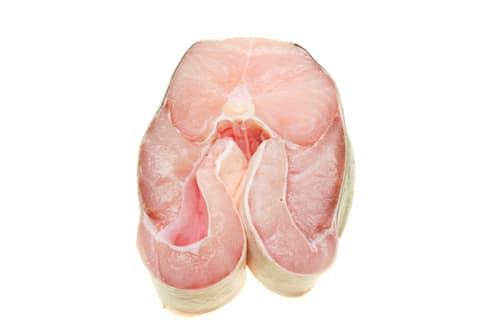 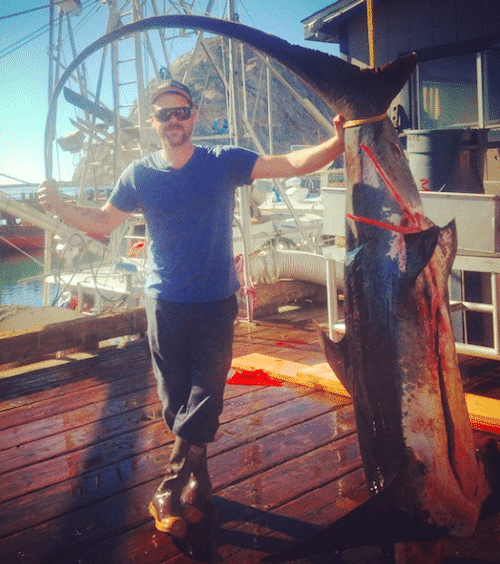 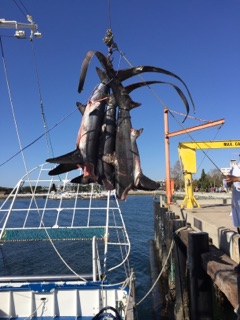 According to NOAA, “Thresher sharks are one of the most commonly harvested sharks off the U.S. West Coast. Initially developed in the late 1970s, the West Coast drift gillnet fishery rapidly expanded as market demand grew, and harvests of thresher shark peaked in 1985 at more than 1,000 metric tons. As the market and prices for swordfish increased, catch of thresher shark declined and swordfish replaced it as the primary target species of the drift gillnet fishery. Today, most Pacific common thresher sharks are caught incidentally by fishermen targeting swordfish. They are also harvested by several nations in temperate waters around the world.

Catch of Pacific thresher sharks has also declined due to new management measures designed to ensure sustainability of the shark fishery and reduce the likelihood of incidentally catching protected species. Sharks harvested off the U.S. West Coast are primarily caught for their meat rather than their fins. Also, a key federal law prohibits the practice of “shark finning,” where valuable shark fins are removed and the remainder of the shark is discarded at sea. The United States is a leader in shark conservation, and NOAA Fisheries works to sustainably manage shark populations by conducting research, assessing stocks, working with U.S. fishermen, and implementing regulations.”

If customers have questions about shark sustainability, let them know the US leads the world in conservation of sharks. Click here for some more info on the subject.

Be ready to answer customer questions about the sustainability of shark. The link above will help you learn more about what the US does for Shark Conservation.