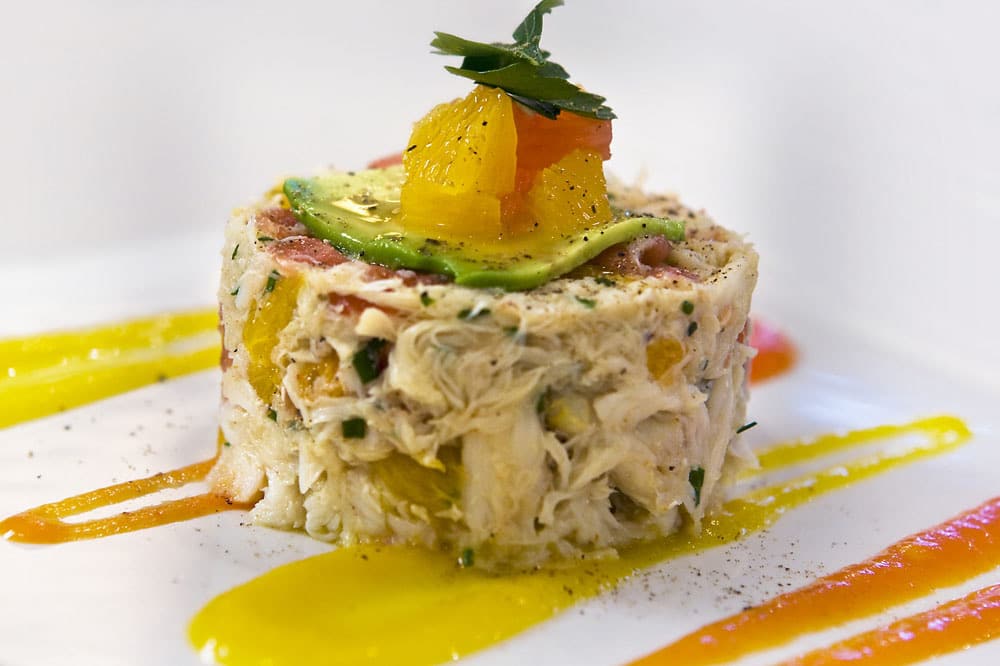 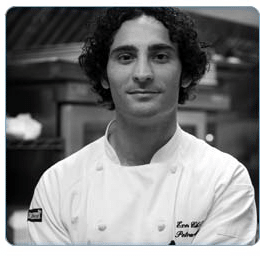 Executive Chef Peter Edwards’ lifelong appreciation of seafood began early. Growing up in Australia, he spent a lot of time fishing – off reefs and boats, beach fishing and crabbing. “I remember my dad using a screwdriver to pry open an oyster off one of the beaches when we lived in Sydney and saying, ‘now just swallow it whole and don’t chew’. I was about 8 or 9 years old and I thought it was disgusting, but now can’t stop eating them.”

At the young age of 14, Chef Edwards started working as a dishwasher and prep cook. He worked hard in different kitchens throughout high school and attributes his work ethic to his parents who sent him off to spend summers working on local farms. Even at a young age, Chef Edwards enjoyed the fast-paced environment and instant rewards of producing great food.

In 1993, Chef Edwards moved to California and completed a four-year culinary degree program at Mesa College and the Culinary Institute of America. He continues to educate himself by keeping up with trends and by working with world-renowned Chefs at Michelin Star restaurants including Robuchon in Las Vegas, Le Bernadin in New York City, Tetsuya in Sydney, Australia and Alinea in Chicago. His culinary experience as Executive Chef with various luxury resorts, hotels and restaurants has earned him countless awards and guest chef invitations across the globe including television cooking appearances.

At home, Chef Edwards also enjoys plenty of fresh seafood such as salmon, ahi tuna, scallop and shrimp. He often wanders into one of our Santa Monica Seafood Markets and lets the selection guide him,“too many options to choose from.”

Chef Edwards enjoys donating his time to the Farmer’s Market Community and was invited as the Celebrity Chef at the Ventura Farmers Market 25th Anniversary. He has also contributed his time and skills to various culinary schools including the Santa Monica Art Institute of California, the CIA campus in St. Helena, Napa Valley and to the Culinary Chef Association as a key chef instructor for Sodexo.

“I have very high expectations and only allow the best ingredients through my doors, so always appreciative of the freshness and competitive pricing Santa Monica Seafood provides my guests. I believe that food should be inspired by natural seasonality, enhanced by cultural cooking techniques and the freshest available ingredients.”