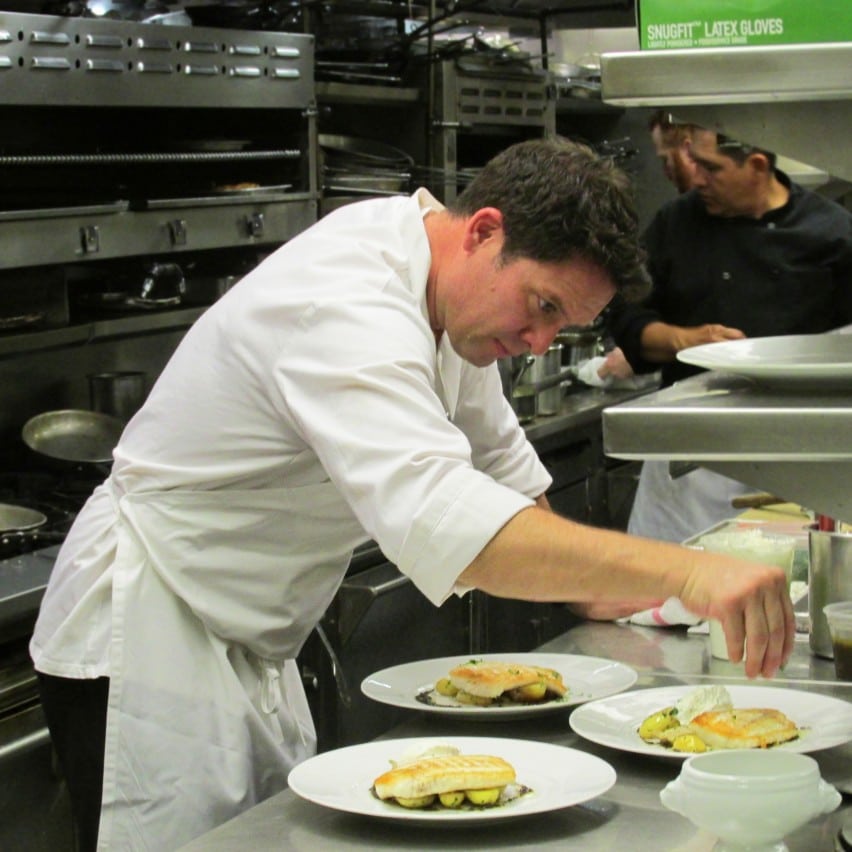 Some people are born to cook, and Richard Pelz is one of them. From learning to cook traditional French food with his mother, to working his family’s small vineyard in the Monterey Peninsula, food and wine have been coursing through Richard’s blood for most of his life. Richard remembers “enjoying clam and lobster bakes in the Hamptons while sitting by the campfire singing kumbaya, drinking Night Train champagne and then going for an evening dip in the ocean with never having regrets as the night turned to day.”

Richard graduated from the Culinary Institute of America in Hyde Park, New York, in 1997.  Wishing to make his mark on the restaurant capital of the world, he set sail to learn in Europe, not once, but twice. Richard thrived on the culinary knowledge and skills imparted to him by some of the world’s best chef’s before making it back to his home roots in California. After stints at Augusta Modern, renowned restaurant Cuistot, and as a private chef, Richard found his match at Wally’s Desert Turtle. His professionalism and expertise in food and wine is a great reflection of Wally’s principles and goals. His favorite item on the menu would have to be the Pan Fried Lake Superior Whitefish.

Fish is a versatile item Richard’s customer’s and children continue to crave. From creating a simple salt crusted, baked Dorade that his daughters love, to pork and escargot creations, Richard can make just about anything. His advice? “Buy what’s in season and at its peak. Santa Monica Seafood and my rep, Rigo, have never let me down. I’ve known Rigo for five years. He has so much charm and charisma. He can talk a cat off a fish cart.”