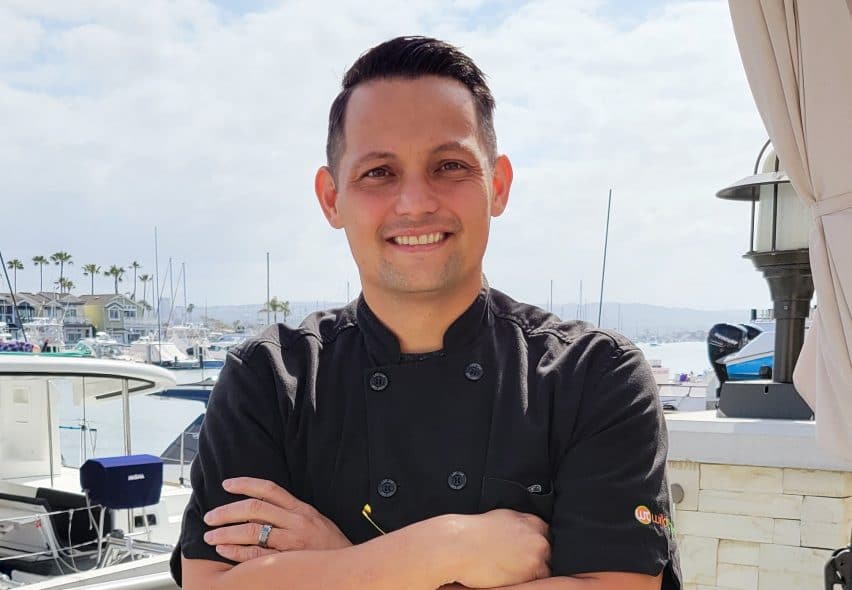 Chef Christopher Badilla was born in Los Angeles and grew up in Tustin, Orange County. His earliest culinary memories consist of his dad showing him how to properly clean the starch from rice before cooking it, baking box cakes with his mom, and helping set the table at his grandpa’s house in Washington. His grandpa “always had a huge holiday size spread with fish heads and tempura batter fish on the table,” and Christopher loved to help him in the kitchen or just watch him cook.

When in college, Chef Christopher would often end up cooking for his friends and roommates. The positive feedback he received encouraged him to further pursue the culinary arts. Formerly trained at the Art Institute in Costa Mesa, he received an AA in Culinary Arts and a BS in Culinary Management. Chef Christopher has worked at the Pacific Club in Newport Beach, Lumberyard in Laguna Beach, The Abbey in Seal Beach, and now Shorebird in Newport Beach (a concept by Wild Thyme Group). He also appeared on an episode of the show Man vs. Master with Master Chef Ming Tsai, on the FYI Network. Having been in the culinary space for over 16 years, he is thankful for all his opportunities and has a great respect for the kitchen and everyone who works in the industry.

Chef Christopher is thankful for his own family, as well. He cherishes his wife, Katy, and their two young children, Madelyn, and Derek. The kids like to help in the kitchen at home in little chef outfits, making pizzas and other baked goods any chance they get. At home, Chef Christopher loves “roasting whole fillets of Salmon with Ponzu butter and rice.” Some of his favorite seafood includes Scallops, Chilean Seabass, and Sablefish (also known as Black Cod). When he is not at work or in the kitchen, Christopher enjoys playing soccer, spending time with family, watching the Lakers, drinking craft beer, and going to the beach.