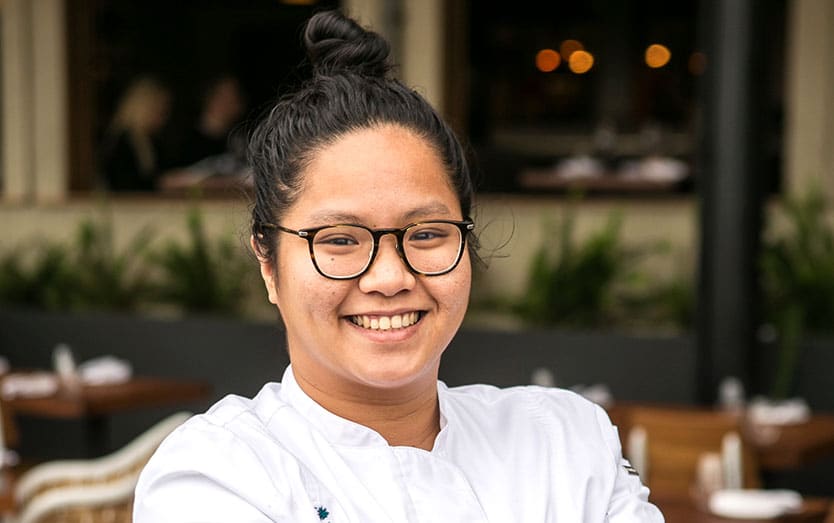 Born in the Philippines, Chef Czarina Sico moved to the South Bay neighborhood as a child with her family. Some would say she was destined for a career in hospitality, as cooking and the memories created in the kitchen have always played an important role in her family. So much so, that Chef Sico credits her mother for not only being her first instructor but for encouraging her to pursue cooking professionally. After graduating with a degree in Culinary Arts from Le Cordon Bleu in Pasadena, Chef Sico did just that. Now, with a hospitality career that spans over a decade, as the Chef de Cuisine at The Green Room, Chef Sico has re-envisioned the speakeasy’s culinary offerings to create both delicious and glamorous dishes for guests. Her expertise in both creativity and execution shines on The Green Room’s menu, where dishes not only have theatrical qualities but quickly become stars of the evening.

Before joining the Castaway team in 2018, Chef Sico worked in some of Los Angeles’s top professional kitchens, such as Rustic Canyon Wine Bar, Founder’s Room at the Walt Disney Concert Hall, and Patina Group.