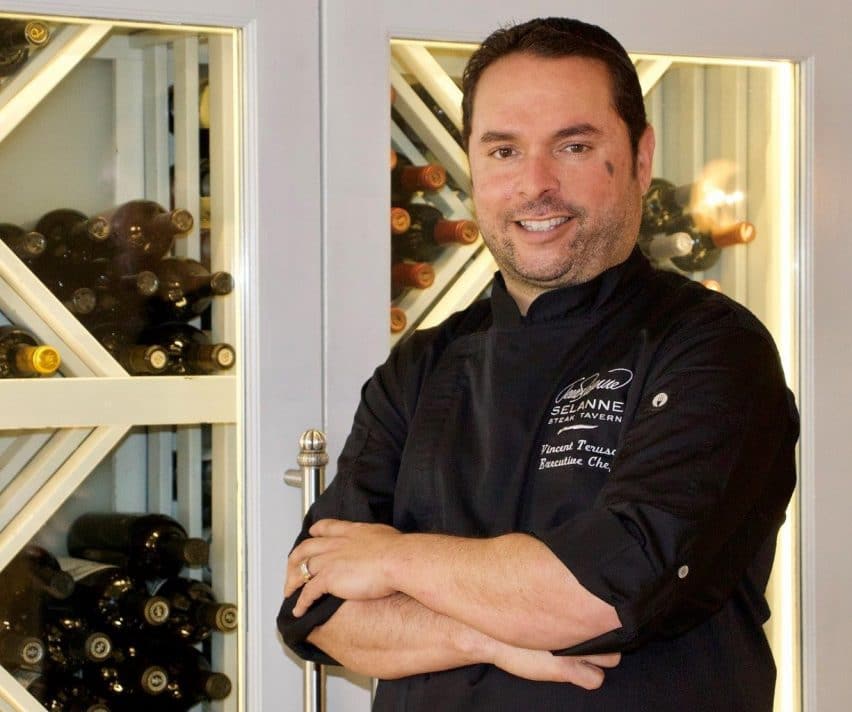 Before attending culinary school, Chef Vince Terusa was a professional drummer and college percussion teacher. He sees many parallels between making music and leading a cohesive, talented team in a restaurant kitchen. Musical and culinary arts involve creativity, collaboration, “performing” and working with one’s hands to generate a product for an audience’s enjoyment.

Terusa, an Orange County native, teaches various culinary classes at Orange Coast College where he also graduated with a science degree in the culinary arts. Prior to his position at Selanne Steak Tavern, Terusa previously worked at Michael Mina’s Stonehill Tavern, and under Chef Frederic Castan at St. Regis Monarch Beach Resort and Spa in Dana Point, California. Terusa is an American Culinary Federation member of the Inland Empire of Chefs.

Terusa recalls fishing with his father and brothers on the Twin Lakes in Mammoth. Catch limits were about ten per person, and they would eat lake trout for the rest of the camping trip. His favorite seafood is shellfish, especially scallops. He enjoys their versatility, “And their sweetness complements many different flavor profiles.” Terusa looks for quality and consistency when purchasing seafood. He loves working with Santa Monica Seafood. “Their personal customer service along with the passion for providing the best seafood really shines through on the plate.”