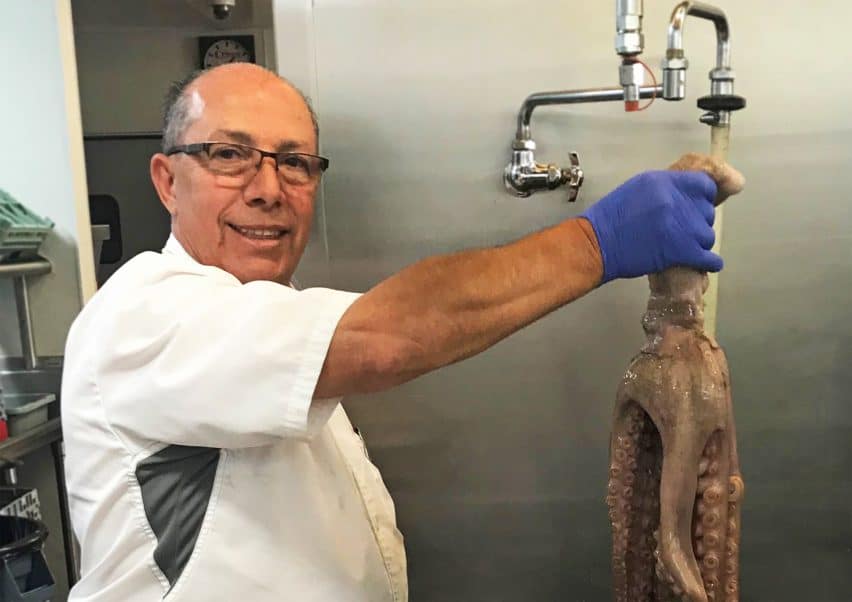 Chef Vince Cultraro started his culinary career as a dishwasher at a resort hotel in Marzamemi, Sicily. Born by the sea in Southern Italy, seafood becomes a way of life. There, he used to dive for sea urchins and eat them raw. He would also catch Octopus, a favorite of his, and immediately cook it on the beach over a wood fire.

Eventually, as an apprentice to the chef, Chef Vince learned both Northern and Southern Italian cuisine. He worked seven days a week for the equivalent of one dollar per week and all the food he could eat, increasing his love for cooking and seafood. He subsequently moved on to a kitchen in Torino, Italy before moving to Canada.

Chef Vince started his first restaurant in 1981 in Edmonton Alberta, Canada and ultimately owned a total of six restaurants. He has served presidents, prime ministers, ambassadors, foreign dignitaries, CEOs and celebrities. In 1990, Chef Vince was sponsored into the Chaine Des Rotisseur, the oldest chef’s organization in the world. He currently has the title of Master Chef, the highest designation for a chef. He has also been named one of Canada’s top twenty chefs.

Chef Vince looks for quality and consistency in his seafood, and “loves the consistent, incredible service” of Santa Monica Seafood. Now at La Spiga in Palm Desert, he is “proudest of serving the most Branzino in southern California.”