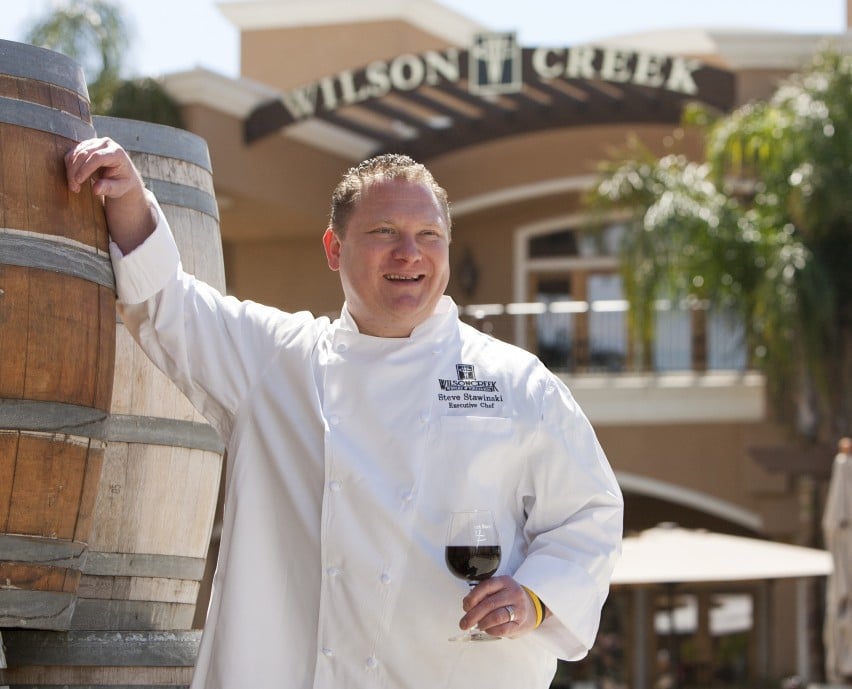 Chef Steve Stawinski’s love of cooking came at a young age, he would help out in the family kitchen with tasks like breading fish or whisking eggs. Raised in New Jersey and Massachusetts, his family gatherings always centered around a big meal, anything from a backyard barbeque with Jersey corn and baked beans, to roast chicken or duck with the family recipe stuffing.

“Growing up in New Jersey we had a small boat that my Dad would take us out fishing on just about every Sunday during the Spring, Summer and Fall. We would either be in the ocean fishing for fluke, weakfish or striped bass, or in the river catching bushels of blue crab, or ‘blue claws’ as we called them.”

After moving to California in his late teens, Steve began working as a bus boy at a local hotel before transitioning to the kitchen and becoming a line cook. In his mid-twenties, he sharpened his culinary skills while working for the Red Lion Inn under Chef Doug Kohn. Learning how to plan, prep, and execute banquet functions propelled him to sous chef and finally chef de cuisine of Porter’s Prime Steakhouse.

Steve developed a passion for a more rustic, artisan approach to food preparation, leading to a sous chef position at Ponte Winery in Temecula Valley Wine Country. Within six months, he was appointed executive chef, overseeing all restaurant and banquet food production. After staying with Ponte Winery for just over six years, Steve accepted his current executive chef position at Wilson Creek Winery and Vineyard.

When it comes to cooking seafood, Steve enjoys “seafood stews, incorporating shellfish, mollusks and fish together in a velouté or simple flavorful broth,” and he always has confidence in the quality and freshness of Santa Monica Seafood product.   Steve still enjoys working in Temecula Valley Wine Country and the style of cuisine that the area allows him to create, as well as relationships he has forged with local farmers and other chefs.