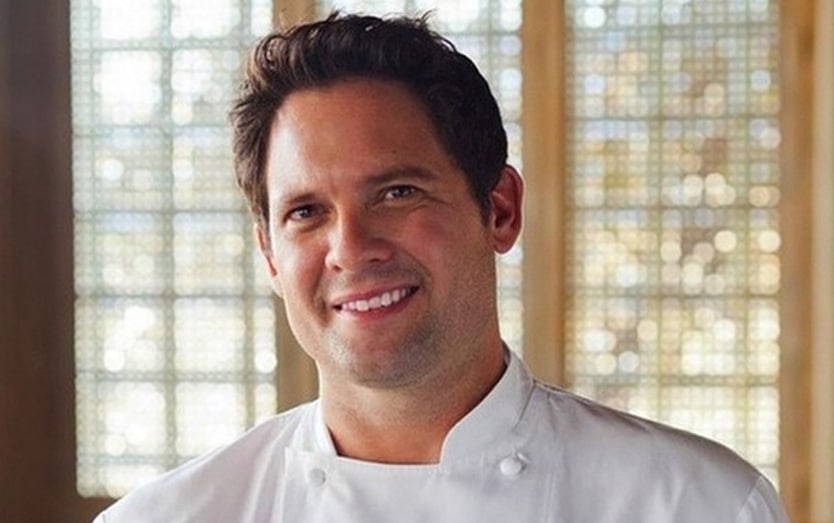 Growing up, Chef Richard E. Pelz learned a great appreciation of French cooking from his mother, and less than desirable wines from his stepfathers’ hobby of making Zinfandel and Cabernet wine in the mountains of Santa Cruz. Some would say, food and wine have been coursing through Chef Pelz’s blood most of his life.

After graduating from the Culinary Institute of America in Hyde Park, New York, Chef Pelz moved to New York City and accepted a position at La Grenouille, New York’s venerable classic NYTimes 4-star French restaurant. There, he warmed the hearts of the Masson family, proprietors of La Grenouille, and was shuttled around Europe’s gastronomic capitals on their behalf. During this period of learning and travel, Chef Pelz thrived on the culinary knowledge and skills imparted to him by some of the world’s best chefs, including Alain Ducasse, whom he worked for in Monte Carlo at the renowned Louie XV.

He later continued his culinary career accepting positions at prestigious restaurants in Monte Carlo and Spain and also in the states in New York and California. In New York, he worked at La Caravelle, AZ Restaurant, Tintol, Milmar Food Group LLC, and even opened up his very own restaurant called Goblin Market which was nominated as a new best restaurant in New York City. In California, Chef Pelz worked at Citrine in West Hollywood, Redd Restaurant in Yountville, and Wally’s Desert in Rancho Mirage.

Today, Chef Pelz resides in Scottsdale, Arizona bringing his professionalism and expertise in food and wine to the entire property of WeKoPa Resort/Casino located in Fort McDowell.

Chef Pelz has been a loyal customer of Santa Monica Seafood for many years. With the strong working relationship that he has with his representative, he said that it’s almost like family. Chef Pelz is a big believer that when it comes to purchasing seafood, quality is number one. “In all the years working with Santa Monica Seafood, I’ve never had problems or issue with quality or consistencies.”