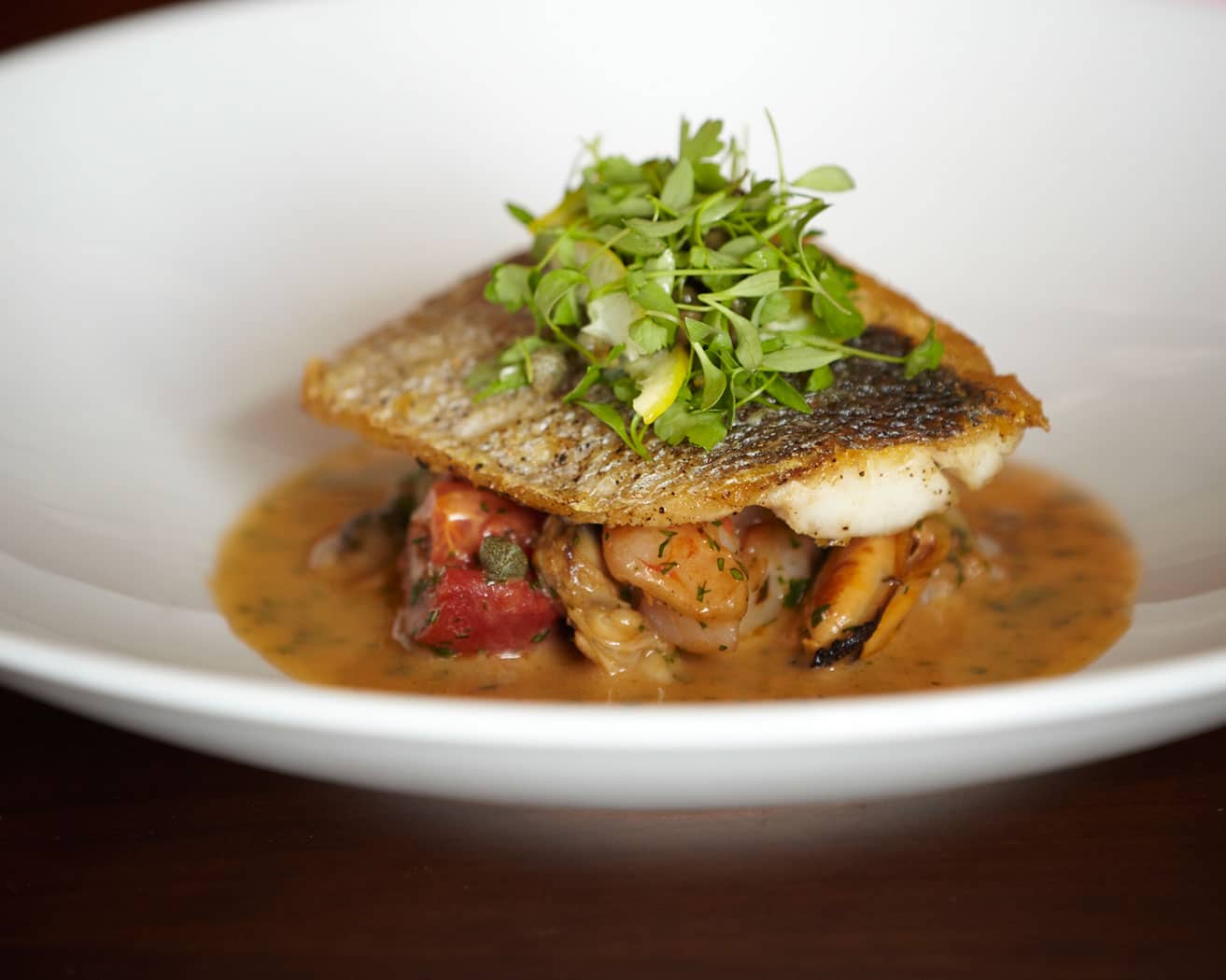 Chef Pierre Albaladejo has long felt a connection not just to food, but to the food the ocean provides us. A native of Dax, a village in Southwestern France, he spent his childhood vacations in coastal Charente-Maritime, where his uncle had an old style pastry shop and his aunt’s family was in the oyster business. “No wonder I turned out
to be a chef,” he jokes.

“I used to start my day waking up with the smell of croissants baking down, going down the stairs in the pastry kitchen, grabbing a bowl of steaming crème patissière and a hot croissant to dip in it. Then going to the harbor to catch the boat leaving for the oyster beds. I have the best memories going out to the oyster beds miles away from the coast and spending the day working on the oyster farm and fishing for supper. The dinner table had always a wide variety of seafood; from oysters, sea snails of different sizes and shapes, langoustines and shrimp.”

His current menus at the Resort feature a wide variety of seafood, and Chef Pierre prefers to use locally harvested fish whenever possible. He’s been enjoying both the farmed White Sea Bass and Striped Bass from the nearby farms in Baja, along with wild Baquetta and Grouper. Vivace is currently featuring a Branzino con Frutti di Mare e Pomodori (Local White Sea Bass, Carlsbad Mussels, Shrimp, Oven-Dried Tomatoes).

Beer Steamed Carlsbad Mussels & Clams make another appearance over on the Argyle Steakhouse Menu, steamed in beer with House Chorizo, Jalapeno, and Lime. The lucky guests of the Resort will find no shortage of fresh local seafood!

Chef Albaladejo enjoys living in San Diego with his wife and three children. He’s an avid surfer and when he works up an appetite on the waves you can guess what he wants to cook when he gets home; more local seafood. We’ll be stopping by next time we’re in town for some of his famous whole fish cooked Basque style!