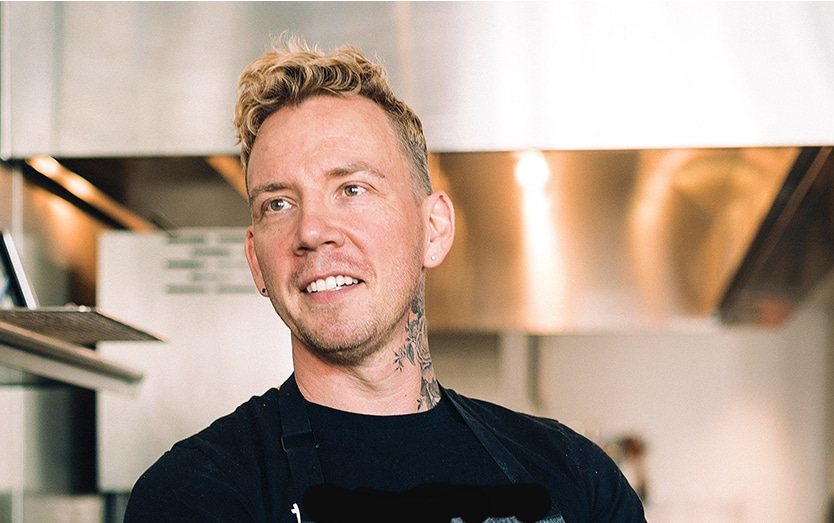 Born and raised in Schwerin, Germany, Chef Oliver Plust grew up in the kitchen always cooking with his mother. As early as 8 years old, he remembered always wanting to be a chef when he grows up. As cooking has always been his sanctuary, it was a natural step for him to choose this as his profession in life. Chef Plust worked and traveled to many different countries and was greatly influenced by the cultures that he experienced and the great people that he worked with.

After attending his regular 10-year polytechnical school in his hometown, he attended a 3-year Culinary Apprenticeship in 1992. Afterward, he went on to complete his mandatory 1-year military service in the German Air Force Station on NATO Air Force Base in Labrador, Canada.

In 1999, Chef Plust left Germany and moved to Georgia where he completed an 18-month Management Training Program at the J.W. Marriott Hotel in Atlanta. He later had the opportunity in 2000 in becoming the Restaurant Chef for J.W. California Grill Restaurant at the flagship J.W. Marriott Hotel in Hong Kong. Later after that, Chef Plust spent 2 years at James Beard Award-winning chef Bradley Ogden’s Parcel 104 in Santa Clara, California.

Today, you can find Chef Plust at Tender Greens. “I love using Mediterranean, Southeast Asian, and Indian spices in my everyday cooking. I enjoy the simplicity in California Cuisine and am driven by the abundant use of seasonal fresh vegetables and fruits and combining simple methods to highlight or elevate them.” noted Chef Plust. “I also enjoy teaching the new generation of cooks, taking the time to pass on some of my experiences and knowledge, giving back to them, and taking the time to inspire them the same way my Chefs did for me”.

One of Chef Plust’s two most fond memories when it comes to seafood is when his family vacationed in Denmark and was hit by a storm. The entire family went out for a walk on the beach right after and the sand was completely covered with mussels. They collected about four one-gallon buckets, took them home, and cooked them in white wine and tomatoes. That was all they ate for 4 days straight.

Another fun story Chef Plust had with seafood was when he vacationed with his friends in New Zealand in 2017. “We were hanging out on the beach during low tide, and I noticed a bunch of oysters on the reef. I got my knife, got some oysters, shucked them, and we took the lemons we had brought for our beers to squeeze onto the oysters. It was delicious.”

When Chef Plust is not at Tender Greens, he loves spending time in the outdoors. As an avid runner, he thrives on long runs by the beach or in Griffith Park.