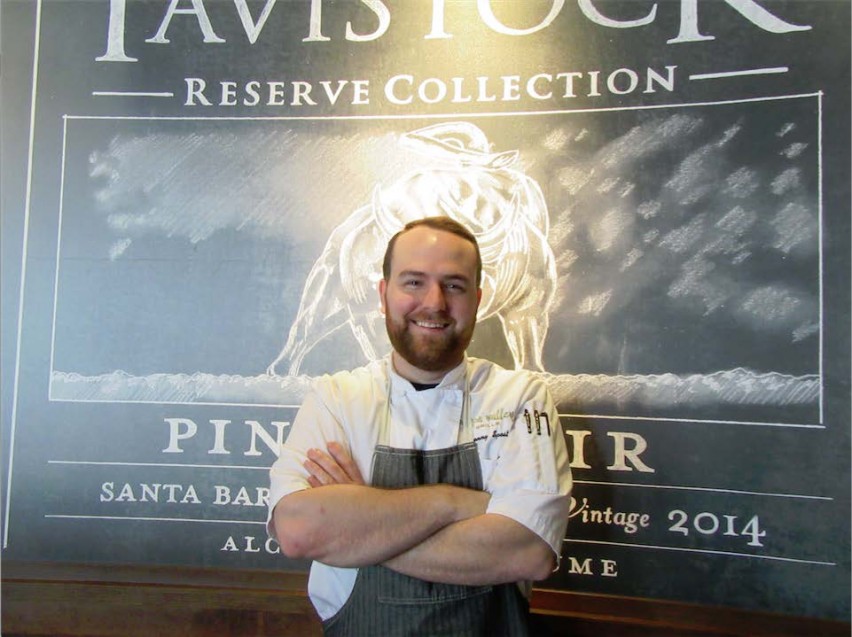 Executive Chef Kenny Spost of Napa Valley Grille in Los Angeles has been plying his culinary craft since the age of 13! With an interest in seafood that stretches back even farther into his childhood to when he would fish for mullet at his grandparents’ house in Florida, Chef Kenny is a strong advocate for sustainability in all his menu offerings.

Starting his career at an early age as a dishwasher at Cutillo’s in New York, Spost kept taking on more responsibilities until he was the de facto sous chef. He pursued his passion for cooking with a degree from the Culinary Institute of America, and through his work at The Blue Door and then the Delano Hotel in Miami. Chef Kenny moved to California and took a sous chef job at Napa Valley Grille before spending some time at sister restaurants Café del Rey and Blackhawk Grille. Now back at Napa Valley Grille as Executive Chef, he oversees all culinary operations.

Chef Kenny warns you to “never overcook your seafood! Be gentle with your seafood, and it, in return, will give you its true flavors.” Whether it’s his personal favorite, pan seared scallops “with a nice caramelized crust” or a fresh catch suggested by his sales rep, Chad Parsells, he counts on Santa Monica Seafood to provide him with the perfect product.