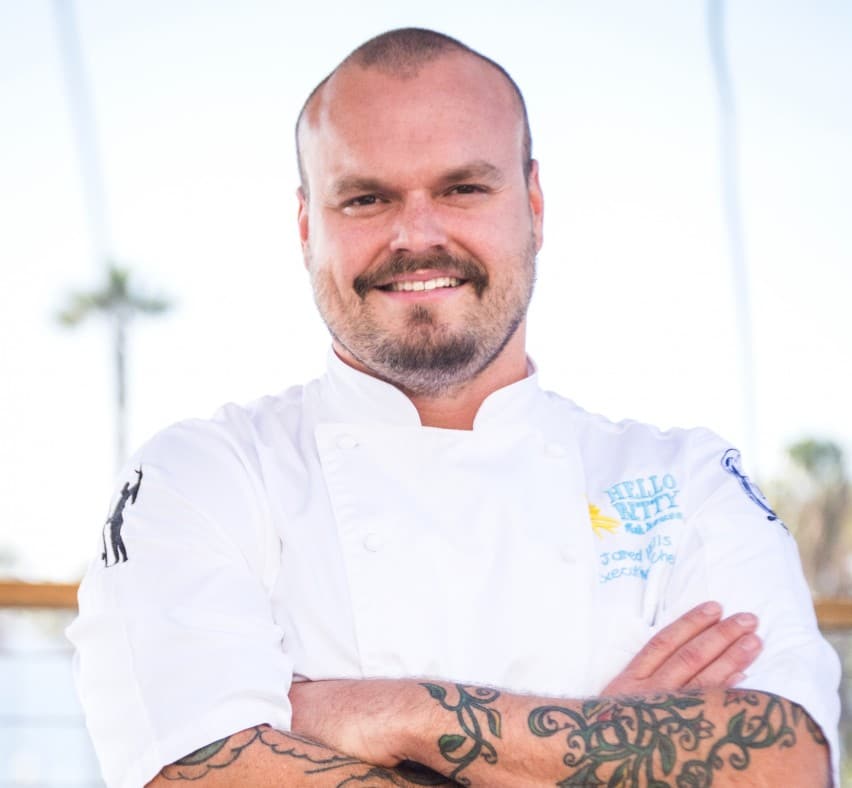 Jared Hills got his first taste of hospitality as many great chefs do – in the steaming hot trenches of a dish pit.  Thirsty for knowledge, Hills began to cultivate his culinary skills in gourmet kitchens of Telluride, Colorado, catering to the tastes of the ultra-rich and famous. By the age of 23, Hills had ventured to Texas to become a Sous Chef at the Amarillo Country Club where he was able to explore new techniques and continue to fine-tune his culinary skills. In 2007, Hills returned to Colorado Springs to accept a position as Executive Sous Chef at Perry Park Country Club which allowed him to further immerse himself in Colorado’s fledgling gastronomic scene, climbing Denver’s culinary ladder.

Hills now leads the kitchen at Sage Restaurant Group’s SoCal seaside addition, Hello Betty Fish House, where he incorporates the traditional flavors of Baja California into seafood-centric dishes that cater to locals and tourists alike. His SMS Rep, Mel Carrasquillo, “has been a wealth of knowledge and a great partner in [his] quest to provide the most fresh, local, and sustainable fish in North County.”

When it comes to personal favorites, Hills loves to cook mussels. After his “first taste of Moules Mariniere”, he was hooked. He advises customers “to explore your personal tastes, just because you may have had a bad experience with fish in the past you should not let it stop you from trying something new.  There truly are a lot of fish in the sea.”

Aside from his culinary ambitions, Hills is a dedicated father of three and an amateur musician. He can be found spending free time with his wife and young children or jamming in the garage to unwind.