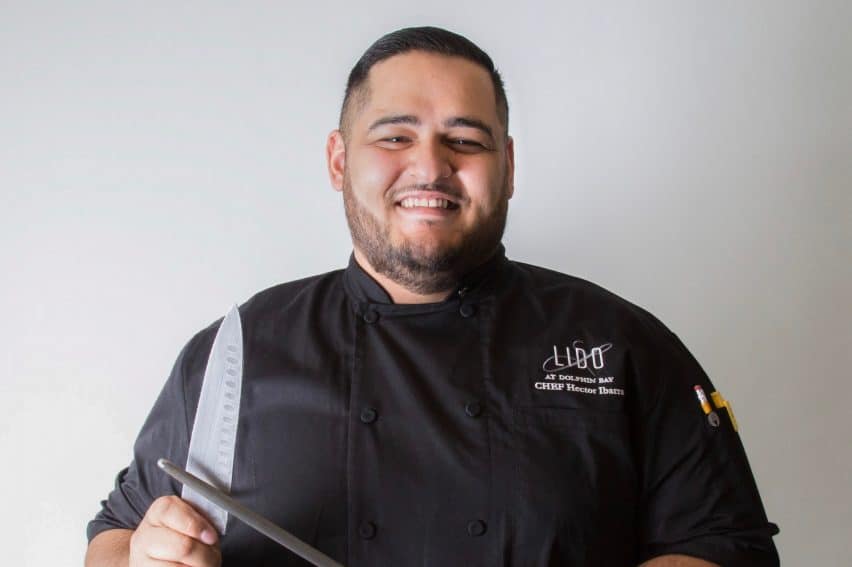 Born and raised in Santa Ynez Valley, Chef Hector Ibarra’s love for culinary began at an early age. His earliest memories were made in the kitchen with his family, creating different styles of Latin cuisine. As a young boy visiting his relatives in Mexico, Hector would catch fish with his uncle and bring them back for dinner at his grandmother’s house. Witnessing the process of catching and preparing fish was “eye opening and made it taste that much better.”

After high school, he went on to attend culinary school at the Art Institute of California in Los Angeles. From there, he worked in various restaurants throughout the west coast, further diversifying his skills. Hector joined Lido at Dolphin Bay in 2017 as the Sous Chef and quickly grew into the role of Head Chef. Hector’s goal is to bring forth the authenticity of cuisines and to fuse different cultures and flavors.

Working with Santa Monica Seafood, Hector offers the best fresh and local fish to his guests. He enjoys the challenge of consistently cooking delicate, yet flavorful Branzino. Salmon is another favorite of his “because it is so versatile, and you can combine so many different flavors and techniques.”