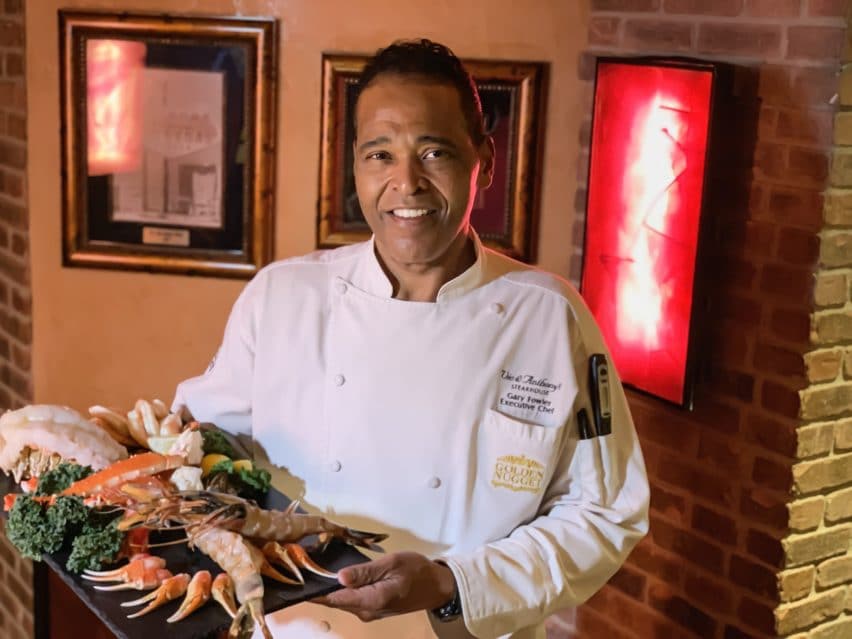 Before embarking on a whirlwind culinary journey across the globe, Gary Fowler grew up in the Midwest, learning the rules of the kitchen from his mother. Fowler owned his own catering business, Asa’s Reign, while working as a professor at a local college. After several years of working full-time at the college, Fowler decided to dedicate all his time to the food industry and enrolled in culinary school.

Fowler traveled across Europe and Asia while working on his culinary degree. He visited and studied the cuisines of France, Greece, Portugal and Germany, as well as Hong Kong and Thailand. Fowler made a point to eat where the locals ate to help him become the well-rounded chef he is today.

After graduating and working various culinary jobs across the United States, Fowler settled down in Las Vegas. He became a private chef to numerous celebrities. Through his experiences, Fowler understands how good food can bring people together. He takes that sentiment to heart with every dish he makes. After creating mouth-watering dishes for celebrities, Fowler became the Chef Tournant at Tropicana Las Vegas before becoming the Executive Chef at Hard Rock Hotel. Finally, Fowler became the Executive Chef at Vic & Anthony’s inside Golden Nugget Las Vegas, where he presides today.

Fowler describes himself as a people pleaser. He is excited to have the opportunity to spread love and enjoyment through his creations. Fowler believes it is important to continue to grow and hone his skills. He challenges himself to stay up on the latest food trends and discover new dish presentations.