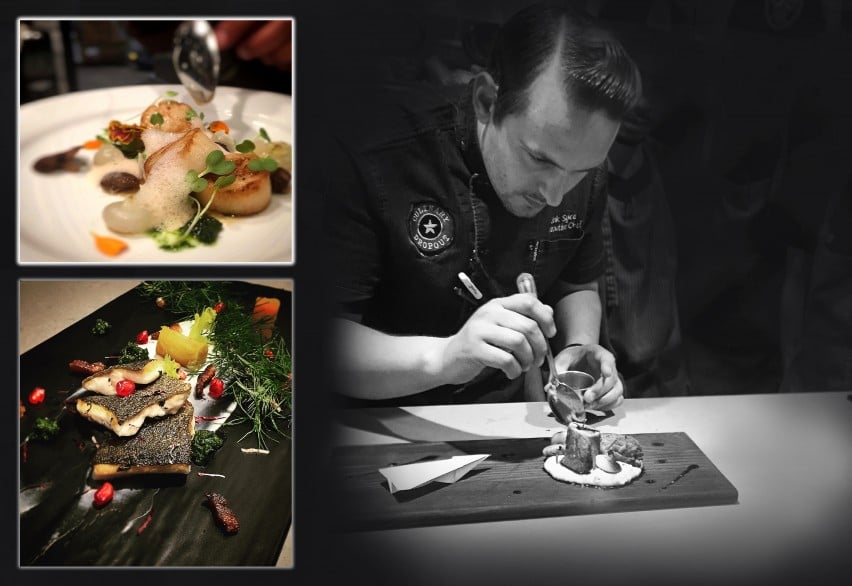 Erik Syhre is the Executive Chef at Culinary Dropout Farmer Arts District in Tempe, Arizona and brings extensive experience and knowledge to the team. Chef Syhre has worked for Fox Restaurant Concepts for seven years, contributing to the opening of new stores and breathing new life into existing concepts.

Born in El Paso, Texas, Chef Syhre and his family moved often throughout his childhood as his father served in the United States Army but claims his hometown as Denver, Iowa.  “My Dad loves to fish. He taught me how to bait a hook, tie a knot, and filet a fish. He also taught me what to save and what to throw back.”

It was in his mother’s kitchen that he first learned to cook alongside his mom and grandmother. Coupled with his influences from those two women and his father’s passion and drive instilled in him, moving into kitchens was an easy choice.  At home chef says he enjoys working with shrimp, pasta clams, and white fish.  “These seem to go over very well with friends and have many applications to lend themselves to.”

Throughout his respected career, he has opened five stores including True Food Kitchen in Newport Beach, California in addition to various airport locations. His longest tenure was at Fox’s boutique concept, Olive & Ivy where he served as executive sous chef.  Chef Syhre has now been with Culinary Dropout for 3 years, previously as the executive chef of Culinary Dropout at the Hard Rock Hotel in Las Vegas, before signing on as the executive chef in Tempe.

We asked Chef Syhre what dish he likes to cook professionally and he said scallops and skin on fish.  “I love cooking scallops and fish with the skin on. Preparing these correctly requires love and skill. The fish and chips at my restaurant are something I am very proud of – it’s on point. The beer batter, tartar sauce, and the fresh fish all work.”

Speaking of “fresh fish” Santa Monica has always stepped up when I needed them to. Sometimes it was very inconvenient to meet my demands but SMS and my Representative, Todd White have always come through. Whether it’s bringing me items a special guest requested the last minute or bringing more products because of business levels, they refuse to disappoint.”

In his spare time, Chef Syhre enjoys watching soccer and tennis and spending time with his girlfriend, two dogs and two cats. He is affiliated with multiple organizations including American Culinary Federation, Chefs for Kids, Arizona Animal Welfare League, and more.