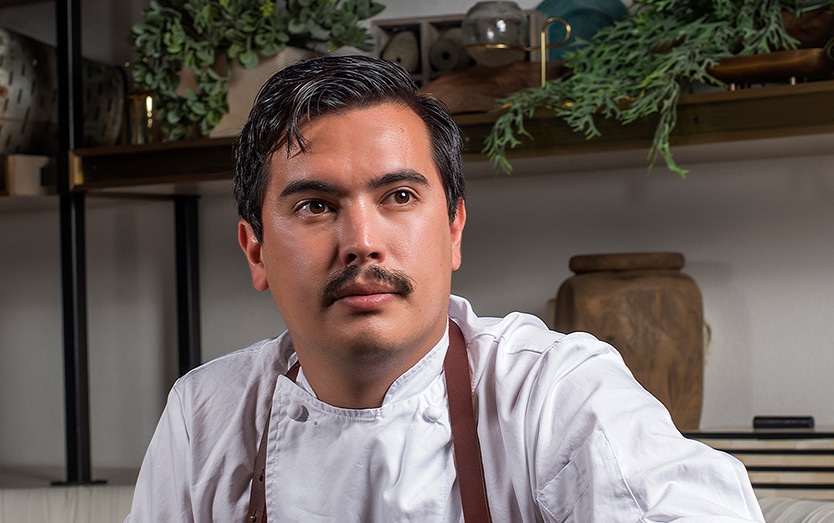 Executive Chef Edgar Beas leads the talented culinary team at the Radisson Blu Anaheim. Chef Beas is a classically trained chef who graduated from the San Diego Culinary Institute and trained in Spain at the three Michelin-starred Martin Berasategui Restaurant, where he worked closely with the world-renowned chef himself.

Chef Beas grew up in a large family. That meant frequent gatherings around the kitchen, cooking together with family and friends. He was raised in San Diego-Tijuana and was immersed in his native food culture with heritage and dedication to tradition.  At an early age, Chef Beas knew that culinary school and a career in the kitchen and creating was his desired path. He put into motion a profession based on both a respect for tradition and a desire to innovate. Chef Beas brings a passion for authentic, simple cuisine born of family gatherings and refined by over 15 years of hospitality industry experience.

When it comes to seafood, Chef Beas is a true supporter of sustainability. “I believe in the avoidance of the depletion of natural resources in order to maintain a good ecological balance,” says Chef Beas. He also mentioned that freshness is key. “Utilizing fresh seafood instantly provides you with a superior product, in texture as well as taste.”

At home, Chef Beas enjoys making a variety of Paella with his family which features his favorite – the combination of meat and seafood. His current favorite seafood dishes at BluSky Restaurant & Bar are the Geoduck with Jamon stock, charred baby leeks, and caviar, including the Salmonete – Rouget with potato foam, cuttlefish cooked in its own ink, and fennel with fennel fronds.