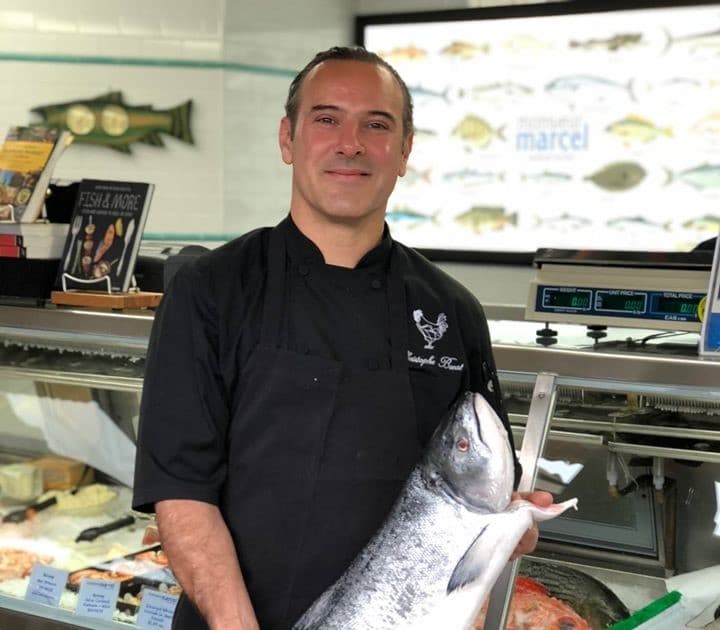 Chef Christophe Breat grew up on a vineyard in Burgundy, France, where he watched his grandmother prepare dishes using fresh ingredients from her farm. Chef Breat’s fond memories of his grandmother’s cooking inspired him to become a chef.

Chef Breat earned his Brevet Professional Diploma from CFA Pierre Dufour Culinary Art Institute in Roanne, France. Upon graduation, he honed his skills working at the prestigious Relais & Chateaux. In 2002, he moved to the United States to open La Piaggia Restaurant as well as Baoli-Vita Fine Dining Restaurant.

Looking for a new challenge, in early 2009, he began a new business venture, Breat Consulting, offering boutique catering services for special events and private chef services. In 2011, he was a guest chef for Food Network NYC Food & Wine Festival. While in New York he designed and implemented a farm-to-table organic menu for Le Gamin Restaurant. He later collaborated with Francis Staub, Owner of Francis Café in Astoria, New York as Consultant and Executive Chef.

Chef Breat truly loves crafting a personal menu for his clients that highlights the uniqueness of each event and individuality of each host. He is dedicated to offering unparalleled cuisine in the highest quality.