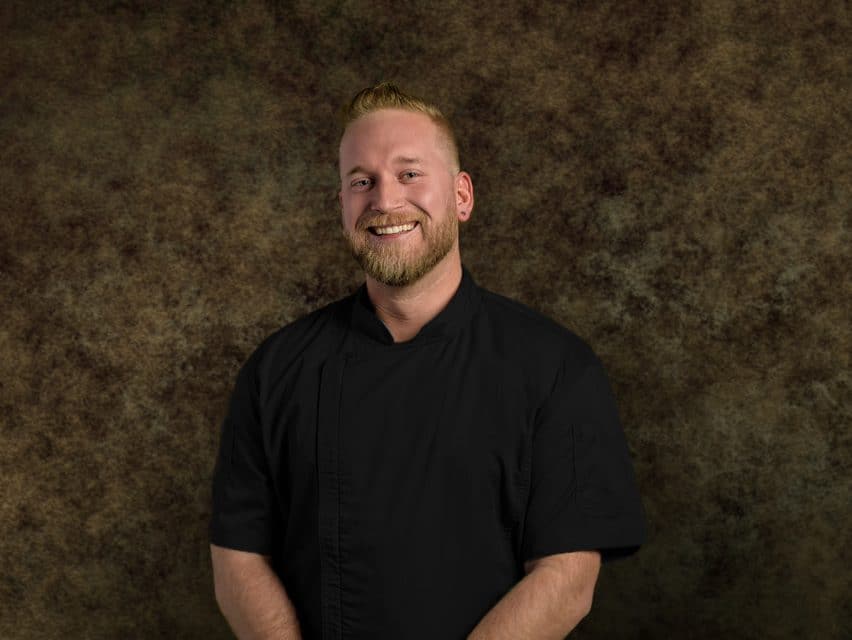 Chef Brandon Testi was classically trained in culinary arts from Riverside Culinary Academy in Riverside, California, and graduated with honors at the top of his class. He has utilized his original, modern style at a variety of restaurants and resorts ranging from Angels Stadium in Anaheim to The Archer Hotel in Austin, Texas. After years of refining his skills and techniques under the tutelage of many great chefs, Chef Brandon brought his talents to the re-opening and expansion of Bistro 60.

Personally, he loves using scallops and shrimp. Scallops “offer versatility to both cooked and raw applications, and they don’t limit unique flavor combinations.” His taste for shrimp started in his youth. Chef Brandon remembers “eating all the shrimp off cocktail platters at family events or holiday parties.” That young obsession turned into a true love for quality seafood. He still enjoys applying shrimp in different cuisines to this day.

Chef Brandon recalls a time when in his career when he only used small fillets that he portioned down. Then he decided to order a whole fish. Once the 100-pound Halibut arrived at his kitchen, he was lost. With the help of his Santa Monica Seafood rep, Rigo Bojorquez, Chef Brandon learned the process of breaking down an entire fish which added another layer to his appreciation of seafood. Now, he “tries to bring in whole fish to not only teach his eager culinary team, but to continue honing his skills and furthering his craft as a chef.”