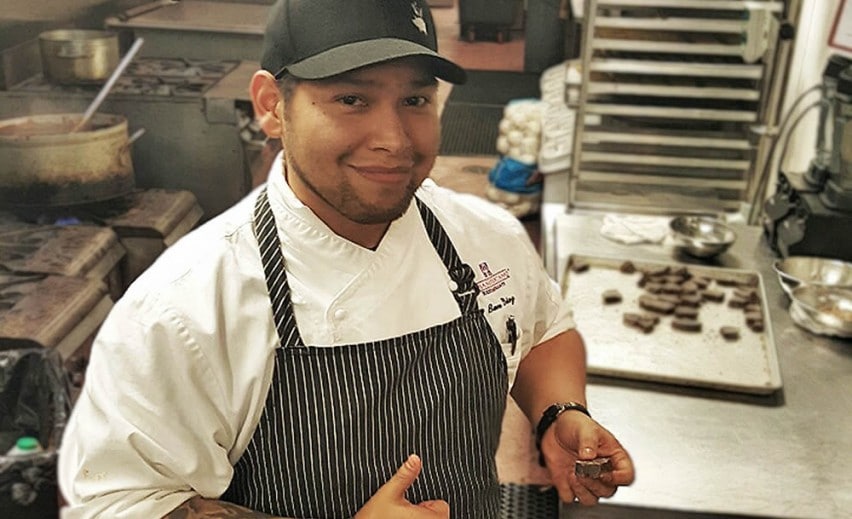 Born in Los Angeles, Executive Chef Ben Diaz has always had a fascination with cooking, which stemmed from watching his father (an accomplished chef himself) in the kitchen. “Watching my dad cook breakfast and seeing the passion he had for his craft really inspired me, ” says Chef Diaz. A graduate of France’s prestigious Le Cordon Bleu, he is also a coveted freelance chef and consultant who has been inducted into the Cambridge “Who’s Who of Culinary Professionals.”  He holds six certifications, including Master Certified Food Executive and Certified Food and Beverage Executive, and has worked alongside the world’s top chefs as a member of the Los Angeles Chefs de Cuisine Association.

A seafood lover, Chef Diaz spoke with us about some of his favorite fish, “I love cooking Bass because it lends itself to great flavors and can be cooked numerous ways with a variety of ingredients.  Another type of fish that’s amazing to work with is Mahi Mahi; currently on our menu at Rosa Mexicano.  We serve it pan seared with a tangy Salsa Veracruzana & pickled red onions – the flavors mesh perfectly together!”   At home, Chef Diaz says that he mainly prepares Cod because he can grill it, roast it, bake it and even fry it.  “Cod has many uses which makes it perfect for cooking at home.  I especially love to grill it up and serve it with roasted veggies and honey lime vinaigrette…” (this sounds amazing!)  A tip that Chef Diaz wants to share with everyone is to always buy shrimp with the head on.  “It is the best part and holds all the flavor – don’t be afraid, be adventurous!”

Chef Diaz also finds time in his busy schedule to work with local charities, most notably the Boys and Girls Club of San Gabriel and the Cystic Fibrosis Foundation of Irvine.  Currently he is working on several new projects; one being the introduction of his own line of gourmet spice and specialty salts.  Chef Diaz is currently on the culinary council board for Basil Magazine, and has his own column named “The Secret Ingredient”. He is also an avid competitor, with awards for World Chard Champion, Western Regional Champion for Phillip’s King Crab and television appearances on Chef Wanted and Cutthroat Kitchen.

Chef Ben has worked in some of the best kitchens in town including Brookside Country Club, JW Marriott and Stockdale Country Club where the main focus was on fresh seasonal and locally grown produce.  With all the knowledge that Chef Ben possesses he has no plans on slowing down.