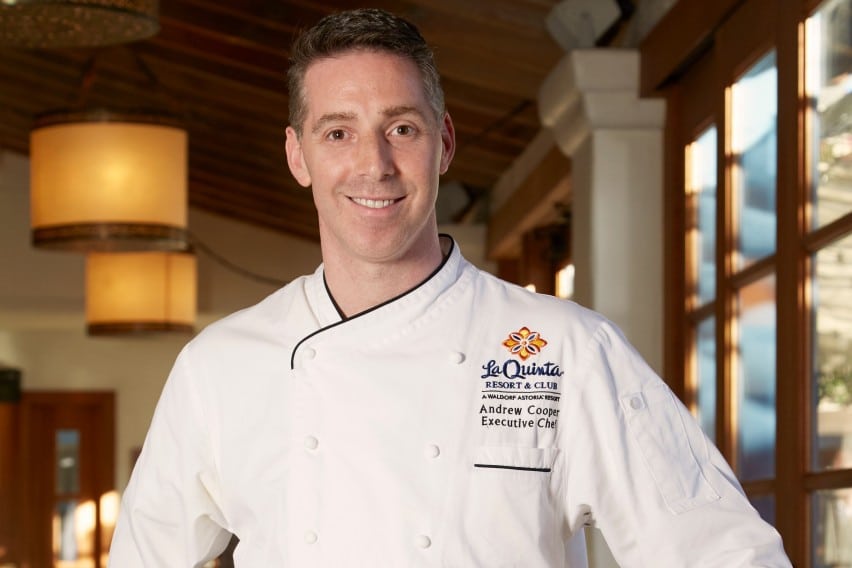 At La Quinta Resort & Club, Executive Chef Andrew Cooper leads a culinary team of over 100 culinary professionals, overseeing the resort’s seven dining destinations as well as the resort’s in-room and catering programs. His global palette and worldly culinary flair is balanced by a passion for local and sustainable ingredients. Chef Cooper believes “the delicate flavors and textures that make our resort’s seafood dishes ‘delicacies’ is only possible because of Santa Monica Seafood’s commitment to purveying only the best in the sea.”

Cooper’s impressive career spans more than seventeen years and includes distinguished culinary posts which have led him from his native East Coast to Hawaii, New Mexico and California. He developed his well-rounded and exquisite culinary repertoire through his experiences working across the world and earning his degrees at the Culinary Institute of America and Florida International University.

Cooper’s love for seafood dates back to his childhood, when it “was mouthwatering just to watch my dad light up the grill and season the dark, oily fillets with salt and pepper and lay them on the sizzling hot grill.” Currently, one of Cooper’s favorite dishes is “fresh sea scallops pan seared with garlic and thyme and basted with butter – a huge hit with family and friends.” Outside of the kitchen, Cooper enjoys spending time with his wife and kids and exploring the dining scene and farmer’s markets in Coachella Valley.