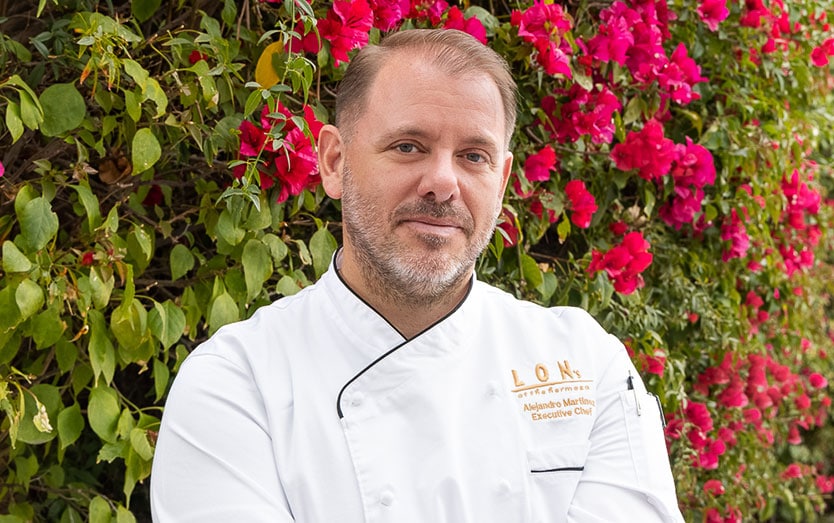 Born and raised in Buenos Aires, Argentina, Chef Alejandro Martinez started cooking at the age of 16 with a desire to travel and see the world, putting aside law school ambitions. A part-time job in high school became his full-time career upon graduation with numerous positions in upscale restaurants and luxury hotels in Buenos Aires. In 1999 he worked for Disney Cruise Line at the Disney Wonder. In 2001, he headed to Italy for a nine-year run, working first as Chef De Partie at various Michelin-starred Relais & Chateaux, and eventually as an Executive Chef in several highly rated historic villas and restaurants with one and two Michelin stars. In 2010, he joined the Fairmont Southampton in Bermuda as a restaurant chef.

Chef Martinez moved to Arizona in 2012 and started working as Chef de Cuisine at Silverleaf Club in Scottsdale, for over two years. He then became Executive Sous Chef at LON’s for two years before taking the reins at Troon Country Club, where he was named Executive Chef in 2018 for almost four years. Chef Martinez was awarded the Distinguished Achievement Award in 2021, for “exceptional contribution in leadership to the member experience” and in 2019, was named Troon Iron Chef in a company-wide competition. He later came back to Lon’s in November of 2021 as Executive Chef.

When it comes to seafood, Chef Martinez always looks for freshness. “Being able to serve the freshest possible seafood allows you to minimize the seasoning and sauces, masking the true natural flavor of the product. The delicacy of fresh fish and seafood is all that matters.” stated Chef Martinez.” He also believes that less is more. He loves simple things like mussels and skin-on fish. Those two ingredients, with good olive oil, a touch of garlic, lemon, and fresh parsley can go a long way.